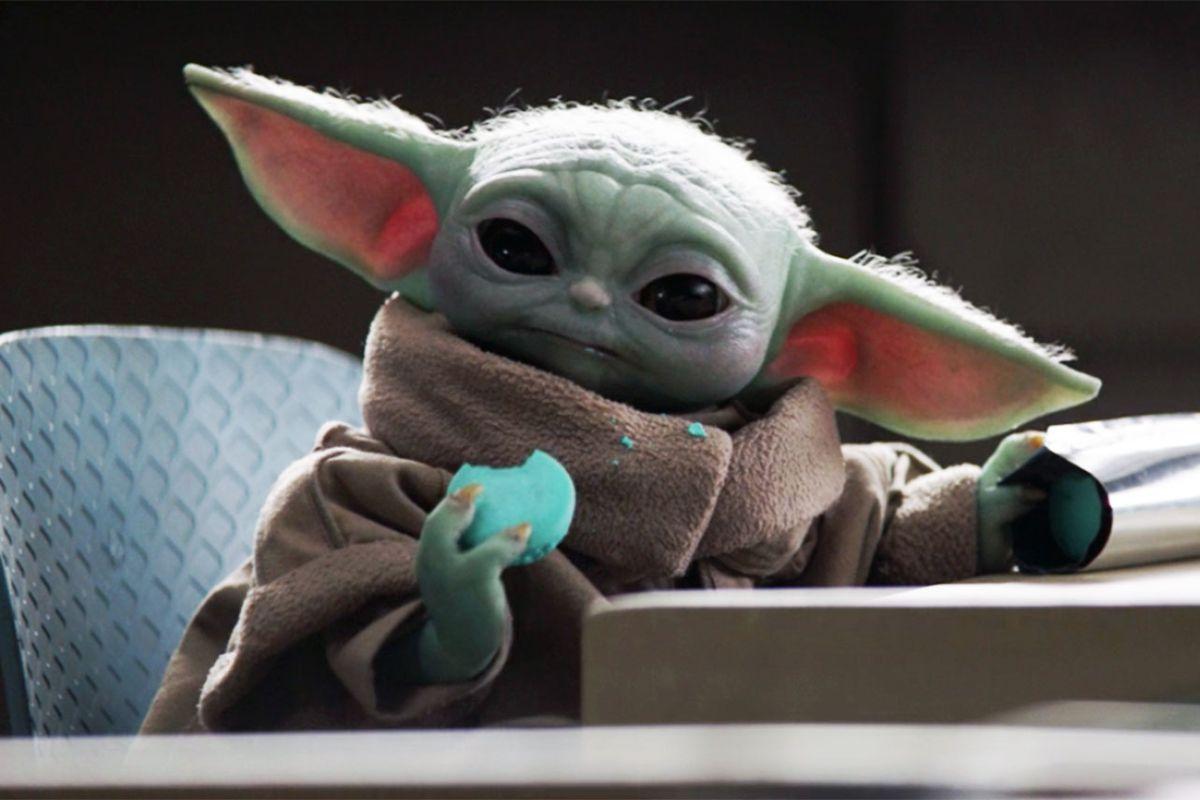 The latest chapter of The Mandalorian didn’t have Ahsoka Tano sadly, but we did get Baby Yoda eating galactic macaroons.

And some other things happened, as usual.

Mando, I got confused by your explanation of what to do with the wires. I’m not surprised Baby Yoda was all like, “Wires? I was thinking about eating eggs.” It’s a nice dose of humor and sets the tone for a quick, yet important episode. Mando decides to head back to Nevarro to get the Razor Crest fixed up before flying out to meet AHSOKA.

Mando runs into his old pals Cara Dune (Gina Carano) and Greek Karga (Carl Weathers, who also did a great job directing this episode!) Locals call Dune the resident Marshal. Karga wastes no time getting right to business in this episode, and tells Mando he’s got another mission for him while his ship is being repaired.

There’s an Imperial base that Karga wants to blow up and he wants Mando’s help. Just like in the last episode, the point of getting rid of the Imperial ships/bases is to ensure that nobody gets a hold of the old Empire’s weapons in order to sell them on the black market. Mando begrudgingly agrees, and Baby Yoda gets left behind in a classroom.

Forever distracted by colorful snacks, Baby Yoda asks his classmate next to him to pass over a tasty looking macaron.

Baby Yoda uses the Force to take some macaroons for himself when his classmate refuses to share. Being a big sweet snack fan myself, I can’t blame Baby Yoda for using his resources. At the same time, I can’t help but think Master Yoda would disapprove of using the Force for such trivial, selfish matters. But, Baby Yoda is still a baby. He is hungry, and that’s all that matters to him.

Meanwhile, our heroes journey to the Imperial base. The Stormtroopers are a nice visual reminder to the audience that it’s a Star Wars world and we’re all just living in it. Mando and company accomplish their primary objective of blowing the reactor core but time’s running out for them to escape.

The gang are about to leave the Imperial base when they discover a recording of Moff Gideon, aka the guy who has the Darksaber that’s actually Bo-Katan’s. Mando has an “oh crap!” moment when the gang discovers that the Gideon recording was from three days ago, thus confirming that the big bad evil guy is still alive. Dr. Pershing (Omid Abtahi) reveals that Baby Yoda was used as a blood donor for experiments because Baby Yoda had a high M-count. However, Dr. Pershing needed more blood with a high M-count because if he had taken any more blood from Baby Yoda he would’ve killed him, thus evoking the wrath of literally any human being with a soul.

The M-count Pershing is referring to is most likely Midi-chlorians, a George Lucas original invention. Having a high M-count more than likely means that the person, or creature is Force-sensitive. Anakin Skywalker was described as having the highest Midi-chlorian count on record. So whatever the Moff and Pershing are doing with Baby Yoda’s blood is not good with a capital G.

Oh yeah, but Mando and the gang blow the base up successfully. (Silly me being distracted by the BIGGER PICTURE.)

However, their escape is marred by several TIE fighters on their tale. This leads to an awesome classic Star Wars dogfight, complete with a triumphant Razor Crest victory. (Mando somehow swoops in the fight in his repaired ship just in time, Baby Yoda in tow.) Baby Yoda gets air-sick but the day is won. It’s onward to Ahsoka finally and wait a minute–

What is Moff Gideon DOING? And one of his soldiers planted a tracking device on the Razor Crest? Gideon tells the soldier she’ll be well rewarded in the new era, wearing armor that looks like straight up Darth Vader-chique. I did say that this show could feel too episodic but now a major conflict is stirring and I am HERE FOR IT.

Next week’s episode of The Mandalorian is titled, “The Jedi.” Make of that what you will. The Mandalorian is getting better with each episode and this is the first time I genuinely felt a sense of foreboding and danger for Mando and Baby Yoda. The stakes are being raised and we’ll just have to see what happens next on The Mandalorian. Until next time!

Published in Disney and News

Katherine Stinson is a Staff Writer at Grit Daily based in San Antonio, Texas. She also contributes to ScreenRant, Outlander TV News, and San Antonio Magazine.