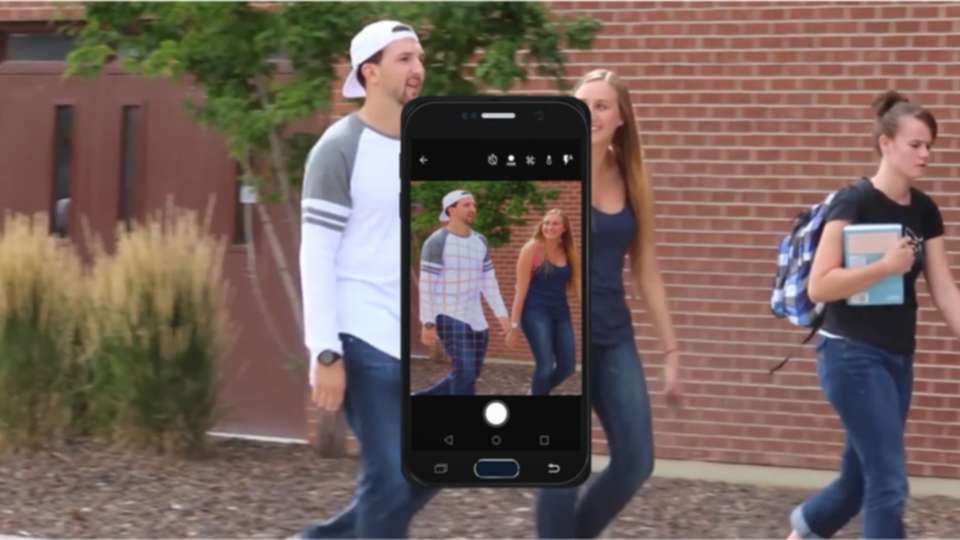 This Nifty Weapons Detector Fits in Your Pocket

Walk-through metal detectors were invented in the 1920s to stop factory workers from stealing parts. A century later, the technology really hasn’t changed much.

The last, big breakthrough was in the ‘90s when the machines could estimate how high over the ground the metal was, which helped security with pat-downs. Otherwise, they’ve remained unchanged: big, unmovable, obvious and costly.

That same decade saw the invention of the first pocket-sized mobile phone. Then, the first mobile one with encrypted technology. Then came one with a touchscreen keyboard. Then the tiny clamshell phone. And the ‘90s ended with the built-in camera.

But, all that metal detectors — used to stop criminals, assassins and terrorists — could let you know is that there might be a hidden weapon at waist height instead of under a hat.

If you’re seeing a discrepancy between these two timelines, you aren’t alone. Barry Oberholzer also saw it. And, he decided to do something about it. As the co-founder and CEO of Royal Holdings, he has been one of the leads in creating a device that brings the metal detector into the 21st century — and seemingly does so much more.

It’s called Sword, and it’s — at first — uninspiringly a case for iPhones and iPads. But instead of protecting the devices against damage, Sword  protects people against those who would do them harm.

Sword combines mobile platforms with the Internet of Things and artificial intelligence into a single device that can identify, manage and mitigate threats in the form of people concealing weapons of all sorts as well as help locate gunfire and even prevent drone attacks.

The case has built-in, proprietary technology that interfaces with the cameras on the iPhone 8 Plus and iPad Pro to turn the everyday devices into small, mobile and subtle pieces of defensive tech.

Holding a Sword lets plainclothes security mix with crowds or stand as far as 100 feet away, scanning for hidden guns, knives and even explosives. At the same time, it is running unique facial recognition software, looking for known individuals from an expandable cloud database.

But to anyone watching them, it just looks as if they’re talking on their phones or taking pictures. There is no need to “pause and pose”, scans take less than 2 seconds — and everyone gets to keep their shoes on.

In stride, Royal Holdings named its detection platform “KnightScan” and its recognition platform “ShieldScan”, and pair works together or separately, all controlled via a simple-to-use mobile app interface. KnightScan can pinpoint hidden metallic and non-metallic weapons including a wide variety of explosives, and high-tech threats like 3D-printed weapons and electronic counter-surveillance gadgets.

ShieldScan uses artificial intelligence to add new faces and threats almost as fast as it finds them so that it’s always up to date. In addition, Sword is able to detect and localize the source of gunfire and provide real-time location information for each gunshot event via triangulation. AI-driven alerts are sent directly to mobile devices, bypassing the need for costly and sometimes inaccurate human monitoring.

Sword’s futuristic device tackles personal drones as a threat — whether it is as an enemy reconnaissance tool or weapon delivery system. Regardless of the purpose, Sword’s counter-drone solutions, I’m told, are customized to fit the situation. Royal Holdings’ software uses drone “DNA” from a database to identify and classify radio frequency, Wi-Fi, and non-Wi-Fi drones. Sword can then link to a friendly drone system which can dispatch “eyes” on site to the intruding drone (or gunfire) location.

This all amounts to a quantum leap forward in terms of defensive technology, which explains why, purportedly, that pre-orders of Sword are sold out.

Mobile technology has been remaking our world since the ‘90s. It’s long past the time when those innovations should be applied to making that same world safer. In the balance, Sword scores a point for the common man who — until now — was looking pretty damn defenseless.

Published in Cyberspace and Technology, Emerging Tech, Entrepreneurship and News

Jordan French is the Founder and Executive Editor of Grit Daily. The champion of live journalism, Grit Daily's team hails from ABC, CBS, CNN, Entrepreneur, Fast Company, Forbes, Fox, PopSugar, SF Chronicle, VentureBeat, Verge, Vice, and Vox. An award-winning journalist, he is on the editorial staff at TheStreet.com and a Fast 50 and Inc. 500-ranked entrepreneur with one sale. Formerly an engineer and intellectual-property attorney, his third company, BeeHex, rose to fame for its "3D printed pizza for astronauts" and is now a military contractor.