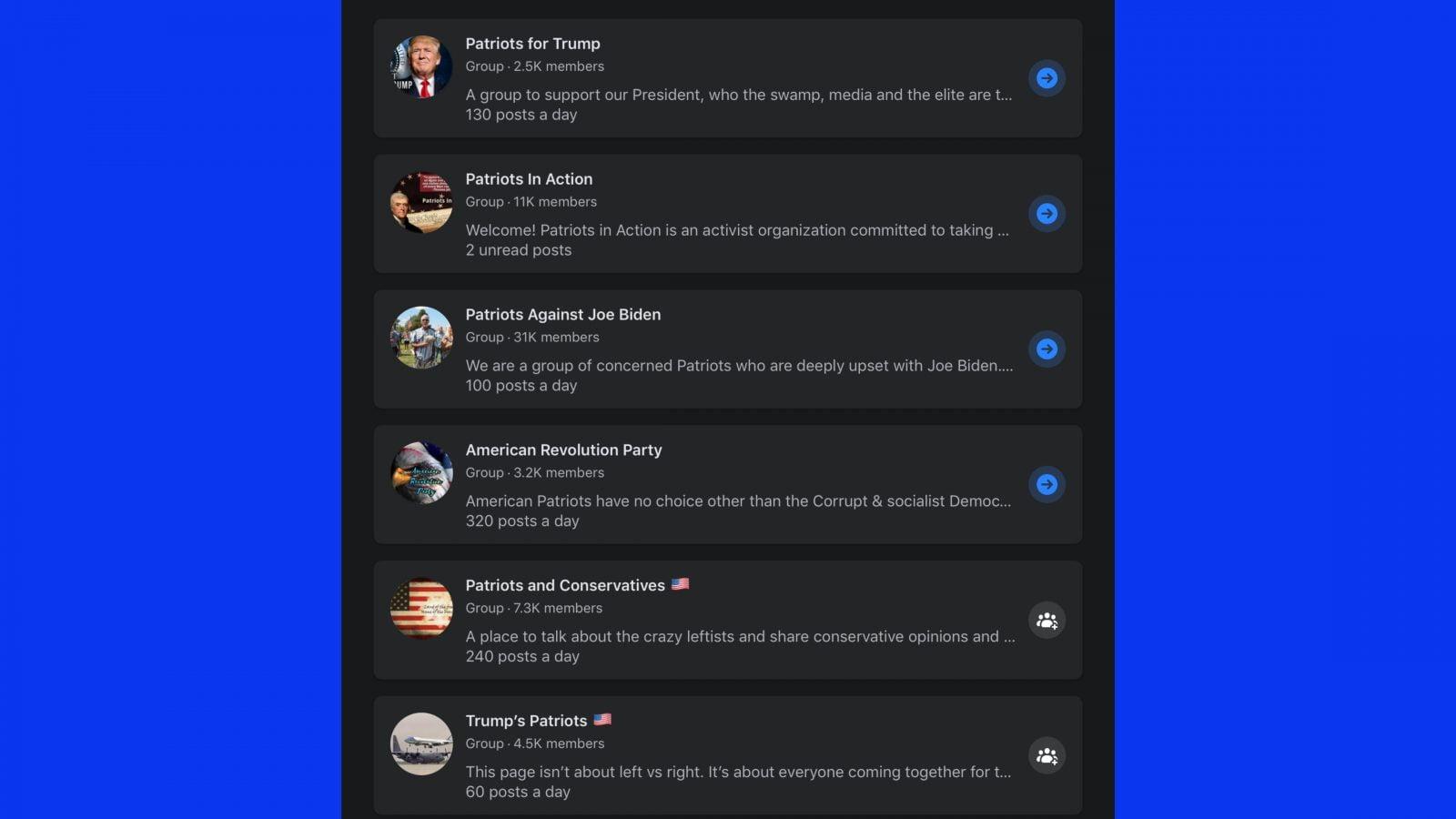 Facebook announced on Monday that it would target and remove content that contained the phrase “Stop the Steal” as it’s become a common dog whistle for far-right extremism since the 2020 Presidential Election. Sheryl Sandberg, the company’s Chief Operating Officer, claimed that the January 6th insurrection was not largely organized on Facebook, but said that the company would be increasing moderation efforts in anticipation of what it called a “major civic event” on January 20th. Many stop the steal groups on the platform, though, simply changed their names over the weekend in anticipation of a widespread crackdown of right-wing extremism.

“We again took down QAnon, Proud Boys, Stop the Steal, anything that was talking about possible violence last week. Our enforcement is never perfect, so I’m sure there were still things on Facebook. I think these events were largely organized on platforms that don’t have our abilities to stop hate, don’t have our standards and don’t have our transparency,” said Sandberg in a live stream event on Monday.

This is not the first time that Facebook has played a role in the growth of violent extremism, as the company admitted in the past that it was slow to respond to the growth of extremism in Myanmar that contributed to the Rohingya genocide. The company also played a role in the spread of misinformation prior to the 2016 U.S. Presidential election, the Brexit vote, and other civic events throughout the 2010’s that led to the massive Cambridge Analytica data scandal.

Many Stop The Steal groups were removed from the platform after Facebook took action over the weekend. Several larger groups that were using the platform to discuss election conspiracy theories have been taken down, and the content is, admittedly, harder to find. But not impossible. A quick search for the term “Patriots” on Facebook turns out dozens of Facebook groups dedicated to discussing the election. Some groups are being used to spread the same election misinformation and conspiracy theories that were largely discussed on other QAnon platforms prior to their removal in the fall and again after the election.

Admins of the groups administer approvals based on whether users can answer a set of questions required to join. Questions like “Do you believe the election was stolen from us and our President” must be answered. Some groups ask users to define “WWG1WGA,” an acronym for the QAnon slogan, Where We Go One We Go All. A search for “WWG1WGA” on Facebook itself results in a search term ban, and turns out only a link to learn more about the rise of extremism in the United States in relation to the QAnon movement.

Patriot groups on Facebook are growing quickly. Some groups report over 30,000 members, while others have only a few thousand. The first dozen groups in the search each have over 1000 members, some with names like “Patriots Against Joe Biden.” Other groups that reference 1776 are popular as well. QAnon supporters and far-right pro-Trump followers think that they are part of a new American Revolution, and some rioters that took part in the January 6th insurrection have referred to their actions as a “revolution.”

Within the groups, election misinformation spreads like wildfire. Posts that question whether Trumps latest moves are all part of “the plan” are common, referring to conspiracy theories that believe Trump will take back the Presidency by force on January 20th. Many of the pro-patriot Facebook groups now pedal stop the steal misinformation, and each see dozens of posts every day. Today alone, hundreds of posts and comments have flooded the groups to discuss Trump’s speech at the U.S.-Mexico border, as well as posts spreading information about Antifa infiltrating the January 6th insurrection, though there is no evidence to support the claim.