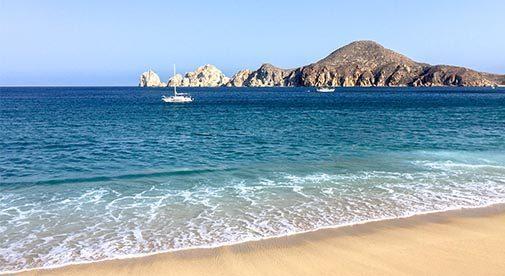 How Our Sailboat Saved Our Retirement

Ted Finch waves from the deck of his boat calling ahoy to his neighbor before settling back to enjoy the sunset while he and his wife, Carroll, are eating a light meal. Ted is tall and Carroll’s hair is still miraculously strawberry blonde, she jokes. They’re both tan and fit looking at 68 and 66 respectively.

“The truth is we have no idea when we might be back to California or even the United States,” Carroll says, sipping her iced tea and looking out to sea beyond the other boats bobbing on the tide. “We have a few places in mind to check out with the possibility of building in Mexico and Panama, but nothing is going to happen on that front for some time.”

“The more time we spend on the water the more we enjoy it,” says Ted. The Finchs bought their boat strictly for short trips, imaging they would spend long weekends sailing up and down the coast of California checking out the Channel Islands. “The idea was to do some traveling and improve our sailing skills in relatively safe proximity to shore. We never planned to be living on her.”

But that is what the Finchs have been doing since they lost their retirement home to one of the numerous wildfires that ravaged northern California in early 2019. “It was devastating, to so many. I count my lucky stars that we had our floating second home here. When we were ordered to evacuate the house we came down here and watched the progress of the fire. Once we were sure our house was gone Ted pulled up the lines and we sailed for a few days. We’ve been staying on her ever since.”

The Finchs paid $120,000 for their 38-foot cruiser, fitted out and ready to sail. Over a couple of years they slowly learned how to handle it both by crewing on similar boats and hiring professionals to teach them aboard. When their retirement home burned they decided not to rebuild, sold the property, collected the insurance, and began to look abroad for a possible location.

“The cost of rebuilding the same type of house, the prospects of natural disaster happening again, and the current temperature of the country had us looking south. Our life had shrunk from a 6,000-square-foot house to the cabin below here. Once we adjusted to it we found it worked alright.”

The Finchs worked their way up to cruising the Baja coastline of Mexico, stopping were they liked, going ashore for provisions, sightseeing, golf games, and even just for dinners. They met other couples doing more or less the same thing, with whom they traded tips and exchanged stories about destinations, how to deal with visas, and the best spots to provision. “A month went by and I realized we had spent less than $1,000. We couldn’t believe it because we didn’t really feel like we were skimping on anything.”

They took public transport ashore, ate in cantinas, and learned to shop in local markets with more experienced couples who have been sailing the coast of Mexico for years. “Having lunch for $5 and then spending $20 on groceries that last for a week, you can’t spend a lot. We only have so much storage in the galley, so we have to use it for real food. We don’t buy snacks or junk food much, so by chance we’re eating healthier. Add to that swimming, kayaking, and fishing. We’ve both trimmed down a bit,” Carroll says.

“It’s true, we barely use any fuel, rarely pay mooring fees, eat most of our meals on board, and even catch some of them ourselves. We’re spending less a month now than we were in a week. And no mail, no bills arriving, no phone, barely any TV. I feel relaxed. I watch the night sky, I study our maps, we read books,” says Ted.

“So that’s our target budget for the foreseeable future. $1,000 a month for living, not including boat expenses. Though we know this will have to go up when we get to the Caribbean,” says Carroll.

They carry a private health insurance plan which carried over from Ted’s partnership in a large construction firm and took an international plan with a high deductible. They feel confident that will cover any medical emergencies they may encounter throughout Mexico, into Panama, and on to the Caribbean.

Our ideas of what we need have changed.

Though they have the funds to build a new home they have no plans to re-create the large house they had. “We built our dream house in a beautiful spot. We lost so much that now our ideas of what we need have changed. I love the tiny house movement and can imagine doing something like that,” Carroll says, though Ted looks a little incredulous about the idea. “I was a contractor, I like to build,” he shrugs.

“We liked a couple of sites we looked at in Guerrero state, and I want to look at some places in Veracruz,” says Carroll. “A few spots in Panama are interesting. I don’t know about the Caribbean yet. If we build, our budget would be fairly small, possibly as low as $25,000, with the idea of building something like a 1,200-square-foot bungalow. Right now, we’re happy on our boat.

“Whether we anchor offshore of a luxury resort or budget bungalows, we get to take advantage of whatever they have to offer, but at the end of the day we kayak back to the comfort of our own home and always have the best views.”

Related: Best Places in the World for Retiree Benefits in 2020

The piece How Our Sailboat Saved Our Retirement by John McMahon first appeared on International Living.

Published in Life and Travel