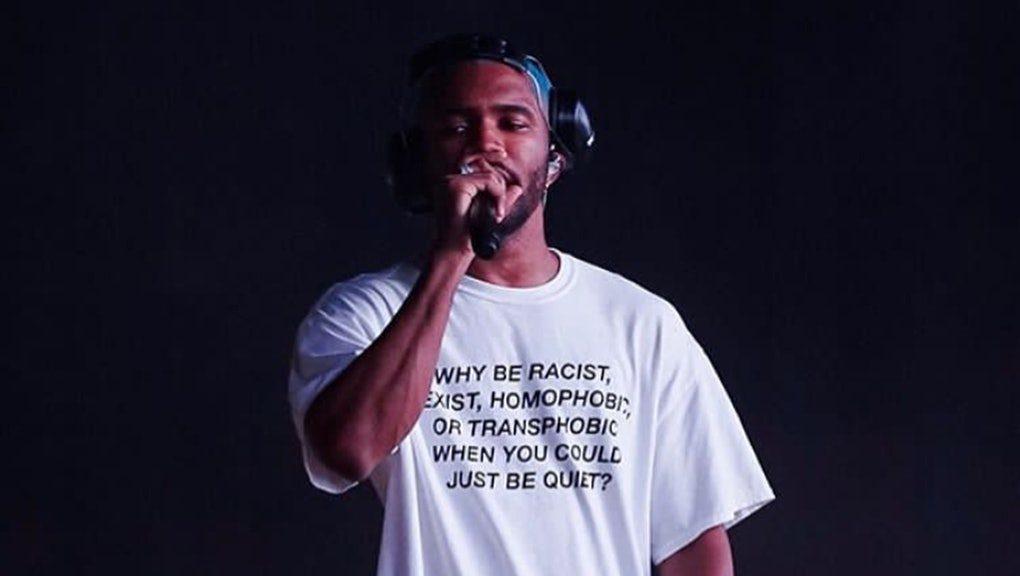 Frank Ocean is facing major criticism over his “PrEP+” themed club night in New York City recently. The club night, which was named after the HIV prevention drug, payed homage to what Frank Ocean thought would be “Club culture around late 70s and 80s nightlife in NYC was a special, much talked about and written about thing,,” according to his Tumblr account where he issued a statement after the event happened.

The party, which was the first in what Ocean hopes will be a series (we’ll see about that), was an ultra-exclusive event that took place at a night club in Queens. Ocean assured his fans that the party was not funded by Gilead Sciences—the pharmaceutical company that sells PrEP+, a live-saving anti HIV pill that’s seen a lot of controversy for major price markups that make it inaccessible to all but the wealthy. To go with the event, Frank also started selling $60 “PrEP” t-shirts on his website, which also garnered major criticism.

The price of the drug, essentially, was what Ocean wanted to draw attention to, but the execution is widely considered a failure over the fact that it was poorly executed and seemed to be just as un-attainable and exclusive as the drug itself. The event was invite-only, making it harder to get into than Kanye’s Sunday Service, the TAO pop up during Sundance, or backstage at Coachella. So if the party was only for a privately selected group of the most influential or well-known people around New York City’s LGBTQ club scene—what, exactly, was its intention?

Much of the criticism over the event is coming from the LGBTQ+ community itself, which accuses Frank Ocean of attempting to erase the tragic history of the gay community in New York City—which still saw a thriving nightlife scene despite the AIDS epidemic of the 1980’s, which saw the birth of drag culture, balls, and club kids. In fact, that period of New York’s underground nightlife and club scene continues to be honored as one of the most pivotal and influential periods in nightlife history, as it paved the way for much of the current LGBTQ+ club scene to thrive through today.

Some thoughts (including the thoughts of some much wiser queers) on Frank Ocean’s PrEP+: pic.twitter.com/AkEaA0Nbyu

Nevertheless, Ocean stands by his decision to name the party after the anti HIV drug that exists today, a move that many criticize for perpetuating the stigma against those that are HIV positive already. In one tweet, a Twitter user named Dr. Steven W. Thrasher pointed out that Ocean’s re-imagining of a club scene that thrived despite adversity and tragedy … without those people. Many also raised concern over the exclusivity of the party, which was created with the intention of being inclusive to a community that has historically been under represented or excluded from many mainstream narratives.

Others pointed out that the party and T-shirts seemed to represent the exact problem with the drug in the first place—its exclusivity. A T-shirt for $60 or a party where only certain people (who are likely wealthy) are granted access to hardly does anything to combat the issue that Ocean attempts to bring to light in the first place. Gilead, which sells PrEP+ at an over 200% markup, is turning a profit from a drug that has the ability to all but eradicate HIV altogether. Ocean, who claims to have started the party and T-shirt line for this exact reason, seems to have missed the mark completely.

ACT UP, an organization that has challenged Gilead to lower the price of the drug to make it easily accessible to everyone, was one of many to condemn the T-Shirt line on Twitter. “Coulda also been thoughtful if all the funds went to service providers, PrEP navigators, and HIV justice and treatment orgs, but who asked us?” the organization said of the T-shirts.